FACA AND THE FLOWER INDUSTRY

This Valentine’s day, do you know where your flowers come from?

On a daily basis most of us participate in a highly complex and networked global market that tends to obscure the real costs of the products and services we buy. DSGN AGNC believes  designers can help uncover the hidden externalities of everyday life and challenge the inherent inequalities and injustices that they produce in society.

Currently DSGN AGNC is working with a community in Facatativa (FACA), Colombia to build a housing project. We believe that it is key for us, as designers, to understand the economic and social tensions that exist on the ground to be able to respond to them with appropriate design solutions at a systems and physical scale.

There is perhaps no larger player than the flower industry on the everyday life of Facatativa. While flower producers provide many people with employment, they avoid caring for the health and well being of their employees and their communities.

Today DSGN AGNC, as a valentine, wants to share some of our research and tell you where your flowers came from.

The flowers you may have received today most likely came from Facatativa, Colombia and its surrounding areas. The person who grew and handled your flowers was most likely a woman and she may have been exposed to as many as 127 carcinogens and toxins that have increased her chances of a miscarriage or giving birth to child with birth-defects. This woman worked long hours to handle over 400 flowers and earns a daily salary equal to just what four of those flowers cost to you and me in retail – about $4.

The flower industry is mostly housed within sprawling greenhouses that have displaced many small farmers and whose footprint is larger than both the surrounding urban areas and the local farming lands. This means that large swats of arable land are used for a flower monoculture that relies heavily on toxins. The sheer size of the industry is also putting a strain on local water resources. There are currently over 5,000 wells, many dedicated to the flower industry, that tap into the local aquifer. The water table was once reachable by drilling 20 meters into the ground, now one would have to drill 200 meters to reach fresh water. Even then, the water may not be so fresh as tests have found residues of toxins outlawed in the U.S. and Europe in the water.

The industry, however, has began to notice their problems and self-regulate. Though it will be important for them to understand that the problems they have caused have larger consequences than just within their greenhouses — they directly affect the flower industry’s employees, their families, and their communities. Over the next several months we will continue our research not only to uncover the current state of the flower industry but to also understand how they can be part of a more ecologically and socially conscious city in Facatativa — using the La Union social housing project as a catalyst. 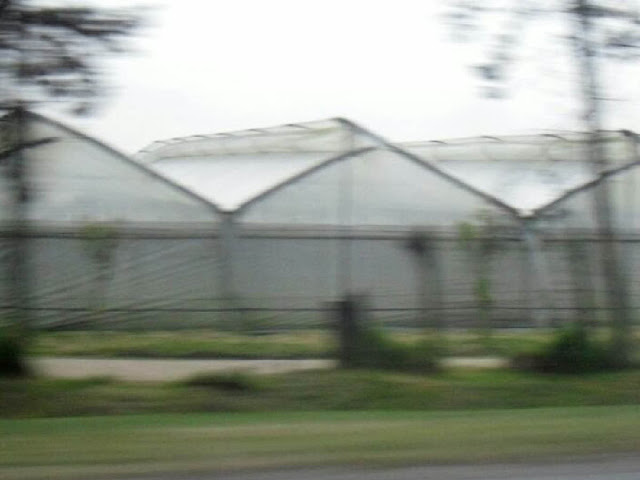 For sources and more information see:

Music on video thanks to Hot Sugar