This project is for comprehensive community and housing research and design in the La Prusia neighborhood of Granada, Nicaragua. La Prusia is located along the road that connects the city of Granada and Lake Apoyo, both among the top tourist attractions in the Central American nation of Nicaragua. This neighborhood, however, does not share the benefits of the tourist industry and has fallen into levels of extreme poverty. For many years Casas de la Esperanza, our non-profit partner, has been working with the inhabitants of La Prusia to build homes, teach children, and provide communal technical training. 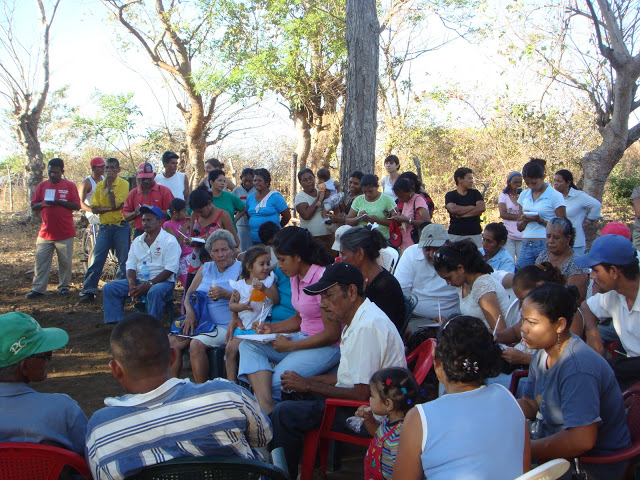 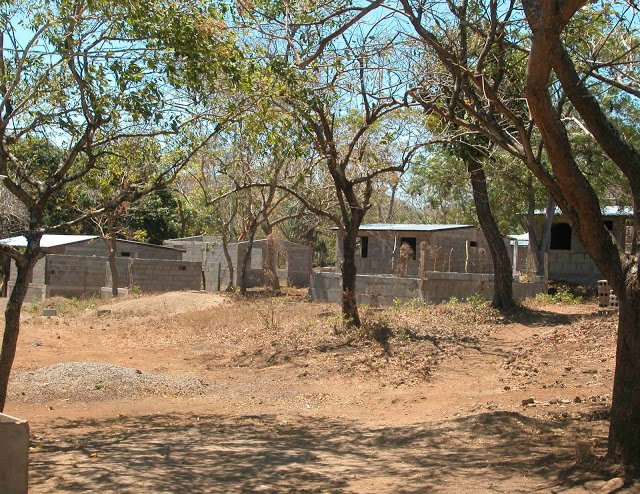 As part of their mission, Casas de la Esperanza approached Harvard University’s Graduate School of Design in 2009 to propose a housing community design studio in La Prusia for 70-80 families.

The studio traveled to La Prusia to learn from about the community needs as well as study the context. The information gathered from the community, Casas de la Esperanza volunteers, city officials, and others was key in the design of the new housing community. 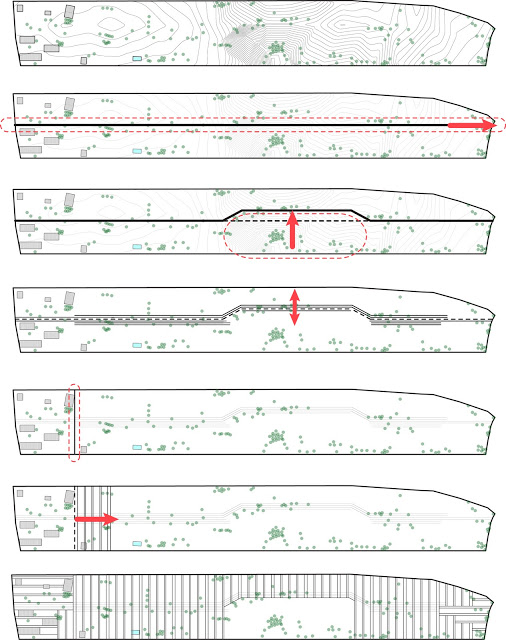 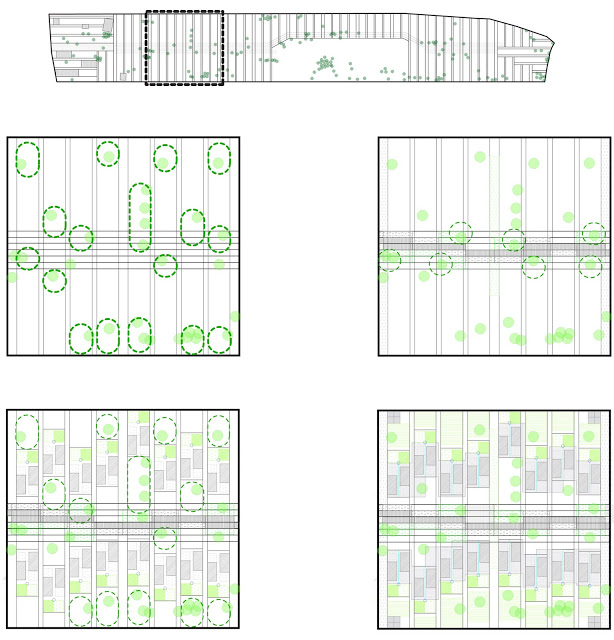 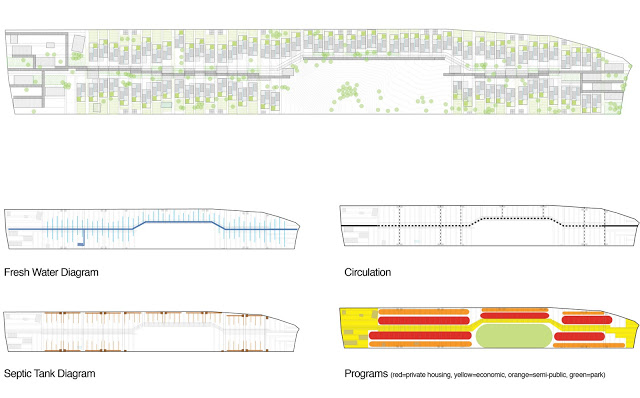 Flexible Masterplan
The design of the masterplan was complicated by one major issue: a lack of reliable information about the site. It was known that topographic conditions and the location of trees were key to the design, yet such information was difficult to obtain. This was seen as an opportunity to challenge the hard-lined masterplan that sometimes dictates even the most minute details of a community. The masterplan starts out with one goal in mind: to save as many trees as possible while creating safe and flexible housing clusters. To reach this goal a set of simple directions are given to create a flexible urban armature, within which each house can be sited according to conditions on the ground. These instructions are simple and can be applied by anyone building the houses (local inhabitants, volunteers, or a professional construction crew) without much training.

La Prusia Construction Co.
Prior to design or construction, a major issue had to be dealt with: the road connecting La Prusia and Granada was in such disrepair that it could not be used for most of the year. This was a major problem for the inhabitants of La Prusia as they could not reach vital health, employment, and education centers in Granada. To begin to solve this problem in 2009 the GSD studio, along with Teddy Cruz and the Parc foundation, developed a plan to send a tractor and other tools (donated by PARC) to La Prusia. The goal was to help Casas de la Esperanza and the local inhabitants fix their road and at the same time jump start a local construction business. La Prusians were trained on how to use the machinery that acted as a seed on a budding construction company owned by La Prusians for their benefit. 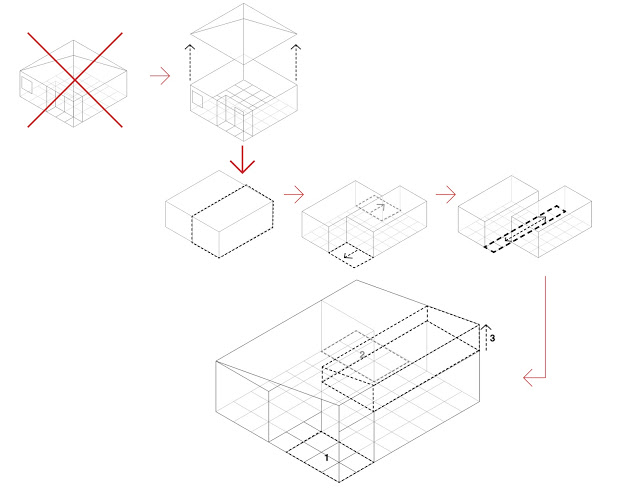 Rooms Diagram
Diagram showing the changes to the houses that allow for up to 3 more rooms to be added to each house. 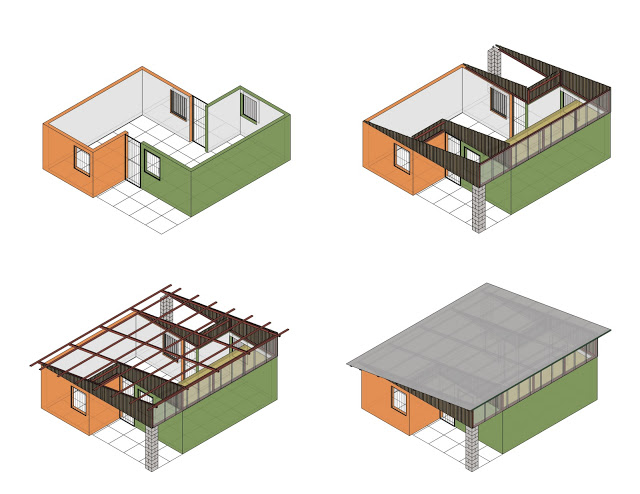 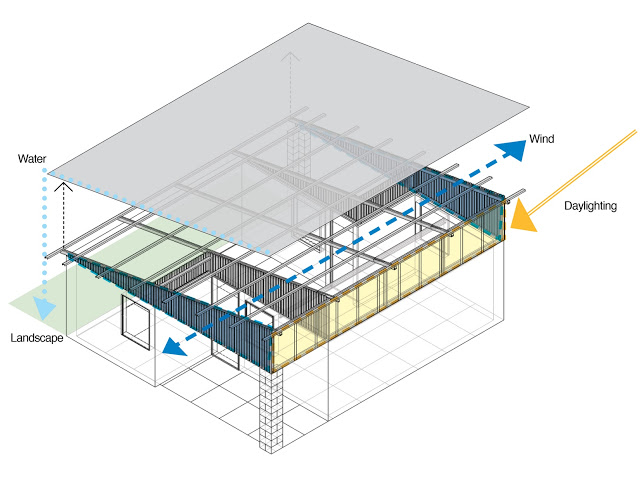 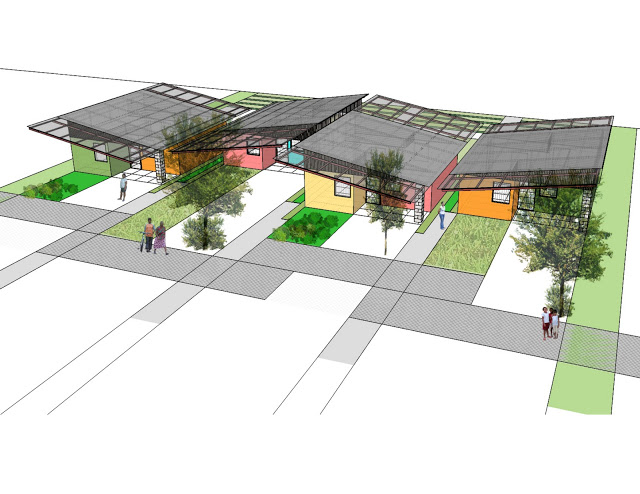 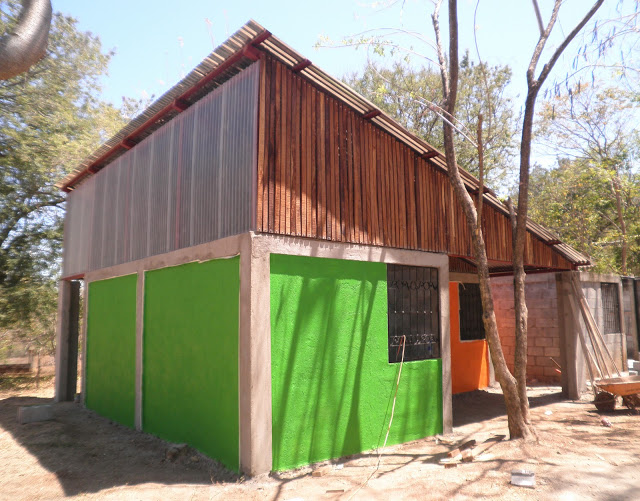 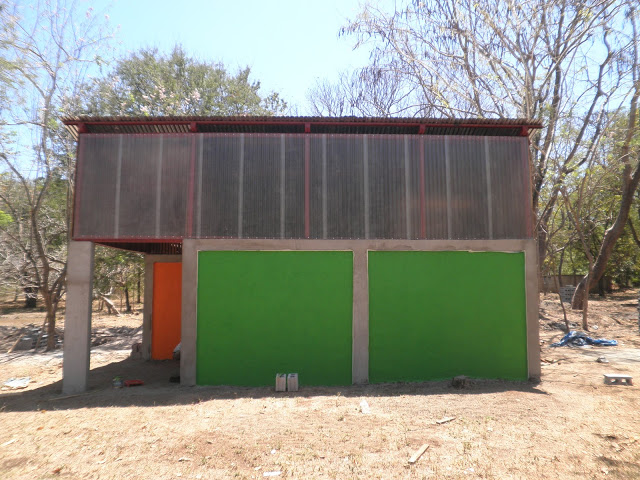 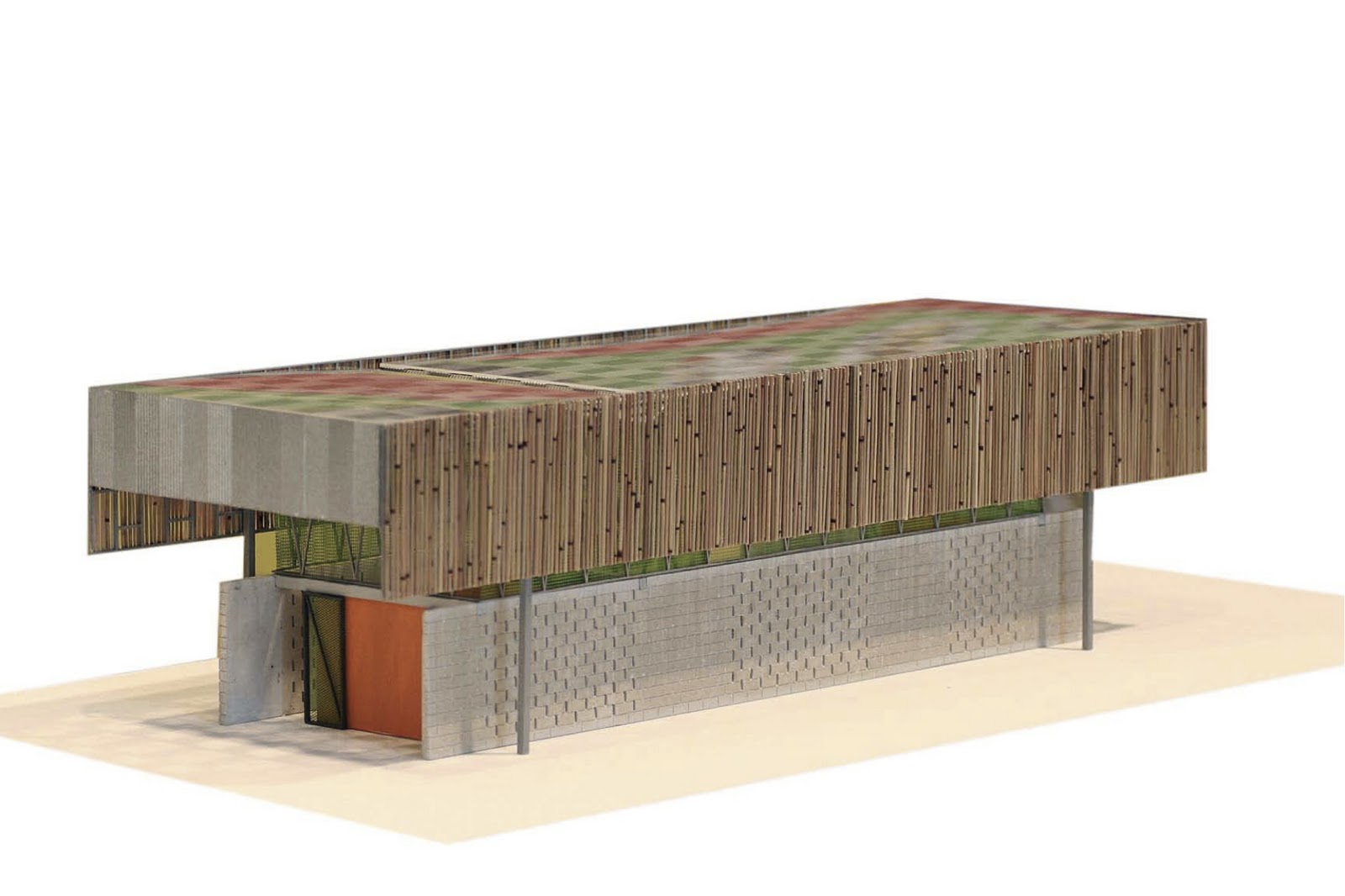 This project also includes an area for the development of local micro-enterprises. The sheds are currently under construction.