Urban Intervention Camp: CasaMare is an ongoing collaborative project that began as a three-day event at the 13th International Architecture Exhibition of the 2012 Venice Biennale. The workshops began as an exploration on how cultural events like the Venice Biennale can provide a platform/model for the exchange of ideas and experiences from different contexts with integration and outreach to local communities. This bureaucratic and social challenge was explored through the evaluation of the spatial exchange between public and private sectors in the island of Lido with local architects, community groups, public officials and activists.

The goal of the UIC was to reveal the myriad of interconnected political, economic, social and physical design issues that affect the use of common spaces and to create a collaborative framework that allows participants in the U.S. and Italy to create an ongoing dialogue. The UIC: CasaMare is planned as a long-term commitment to on-the-ground action with local players.

READ ALL BLOG POSTS
INTERVIEW WITH DISCOLÈ ON UIC: CASAMARE 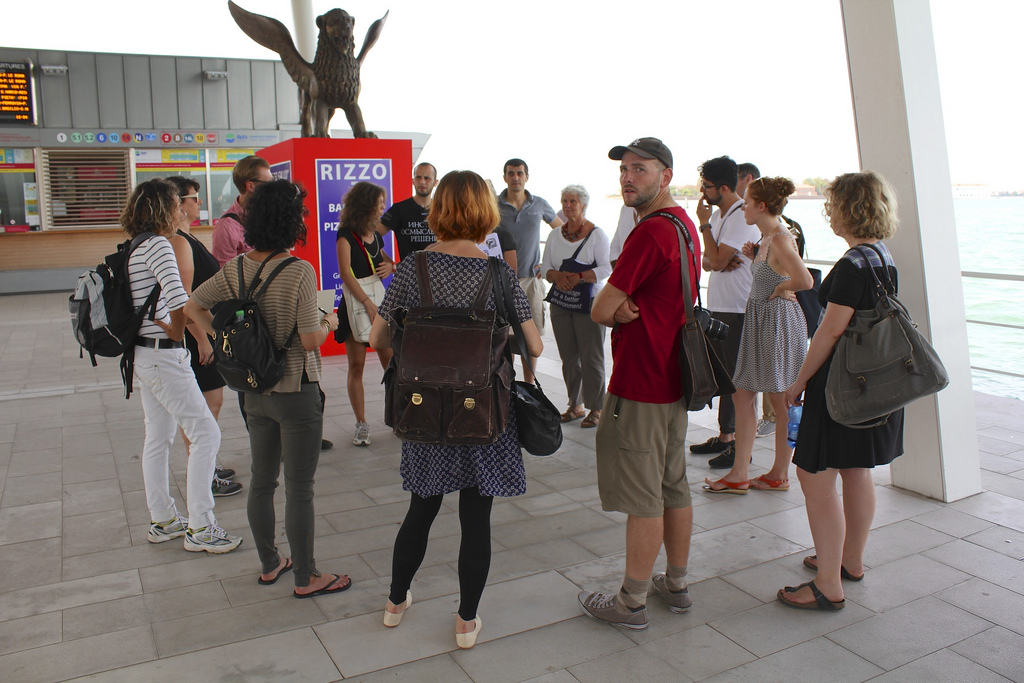 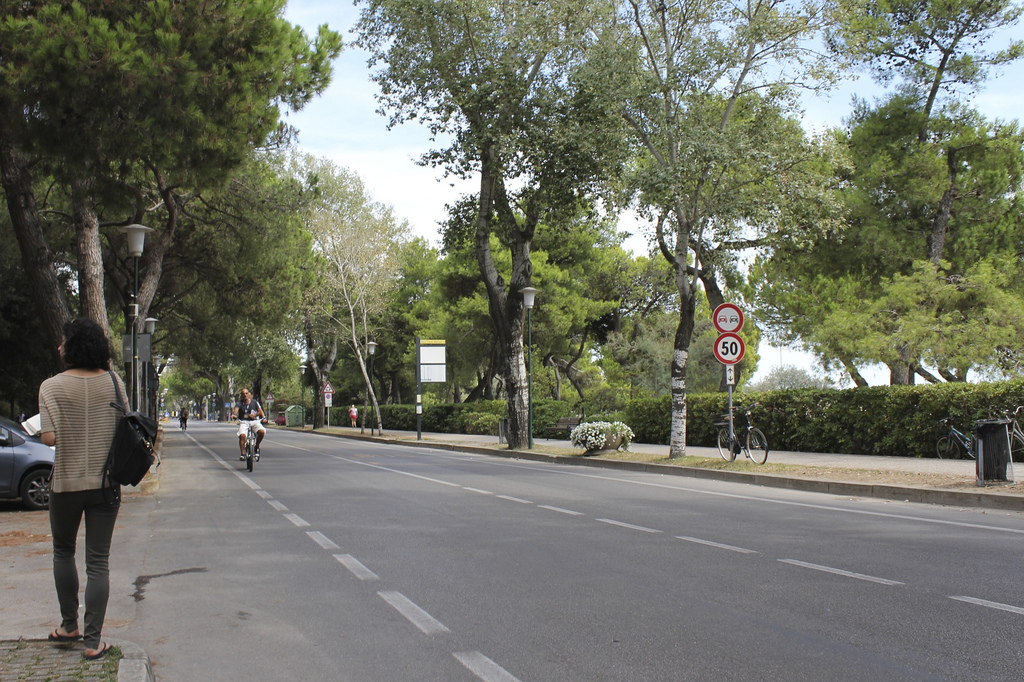 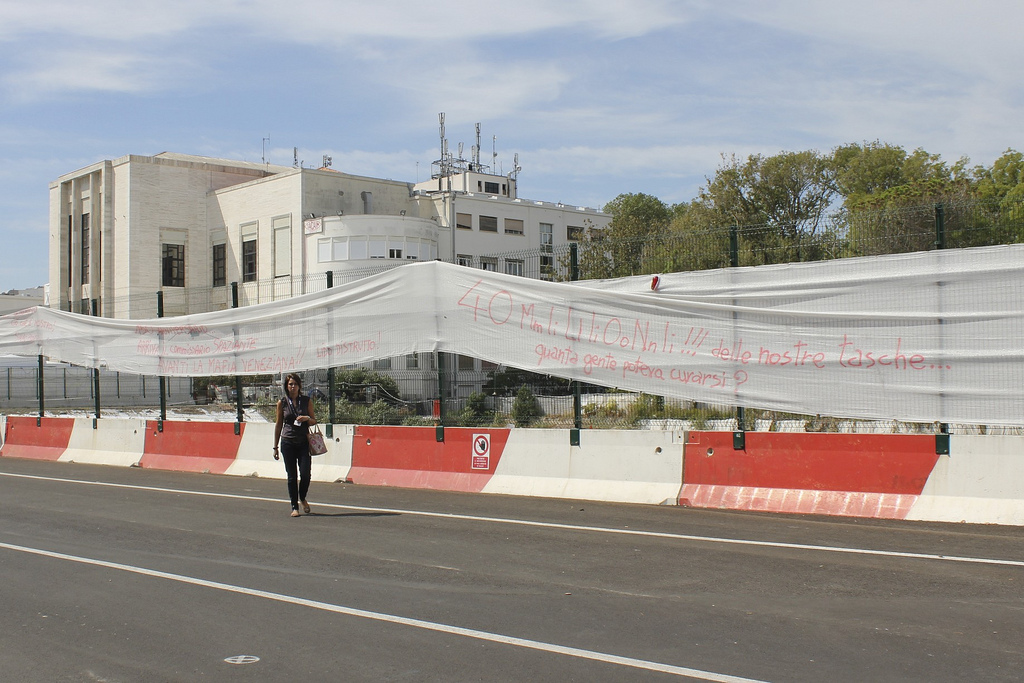 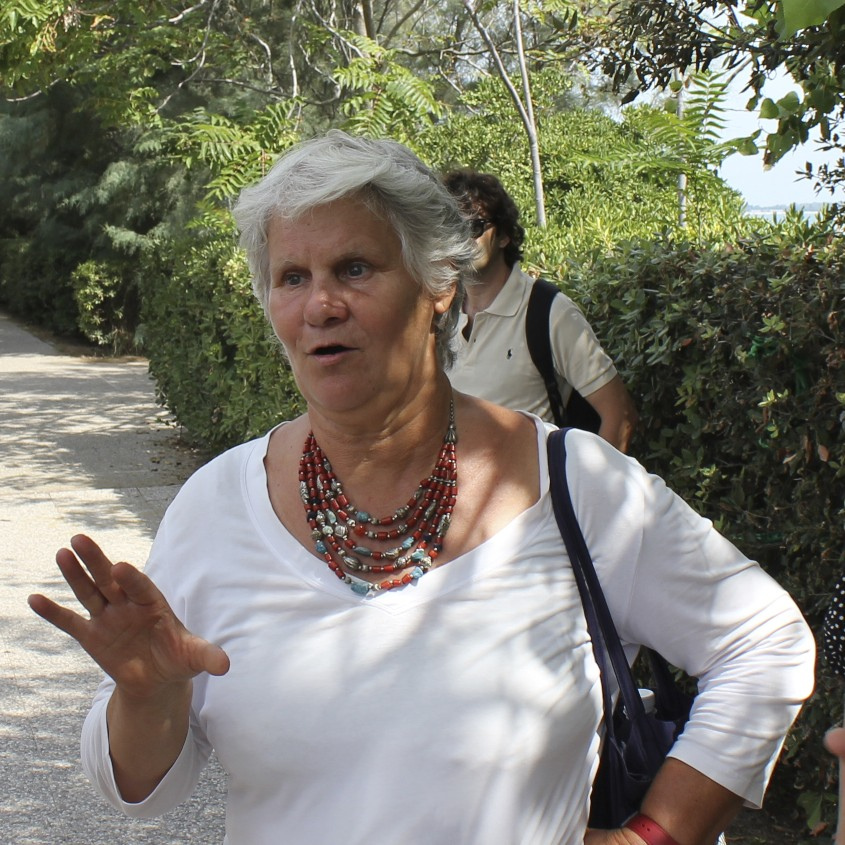 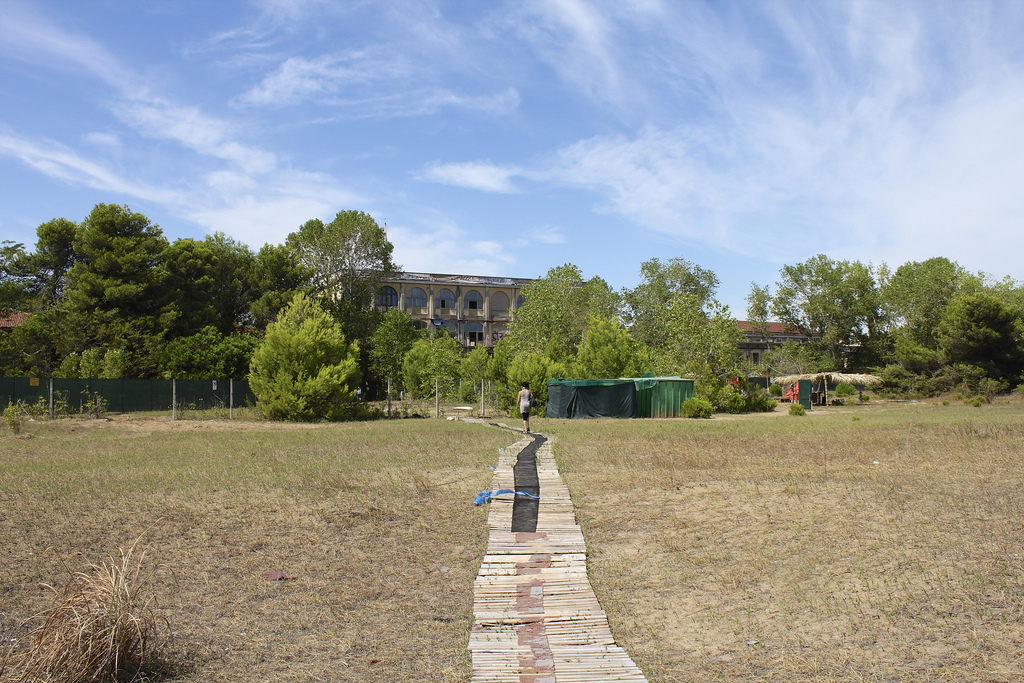 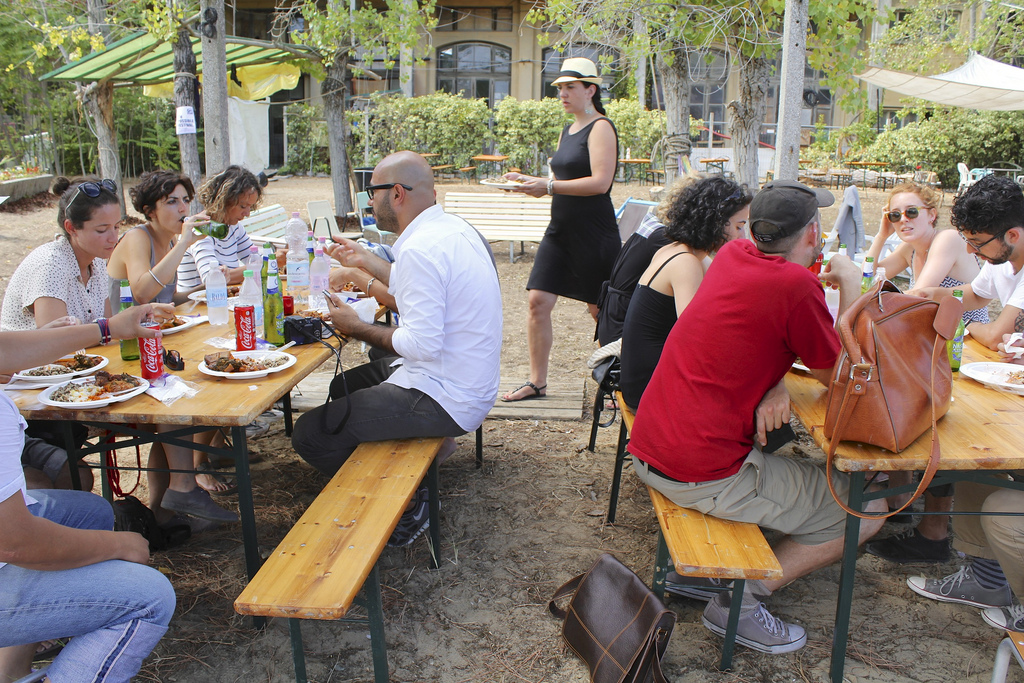 Lido is a seasonal holiday destination. There is no industry in between the summer beach season, so most of the young population has emigrated outside of the island to find work. The remaining population in Lido are the elderly and their immigrant caretakers: the Badanti. This seasonal transformation of spatial and demographic vacancies is an interesting parallel to Boca Raton and Detroit- in one combined location.

In the tour we saw:
1- The tourist areas that have a couple of public spaces for the use of badanti and other local inhabitants. The tourism industry has concentrated ownership and political power over these sites.
2- The site for a new ‘Palazzo del Cinema for the Venice Film Festival. This 40-million Euro project is a public investment by state and local municipalities, and has now exceed the budget with a higher demand on the public purse.
3- The beaches of Lido. Most of the beach in Lido is privatized and requires beach passes or cabana rentals that cost up to 7,000€ for the season. Public beach land starts 5m from the sea line, but access to this area is limited to only two public entry points.
4- The Ospedale al Mare and Teatro Marinon is a historic area of Lido, Venice which has been left to ruin for over 15 years. It is, however, home to Teatro Marinoni — a community space and theater that is now threatened by demolition to make way for luxury housing.

ACTION 2: SETTING UP A CASA MARE 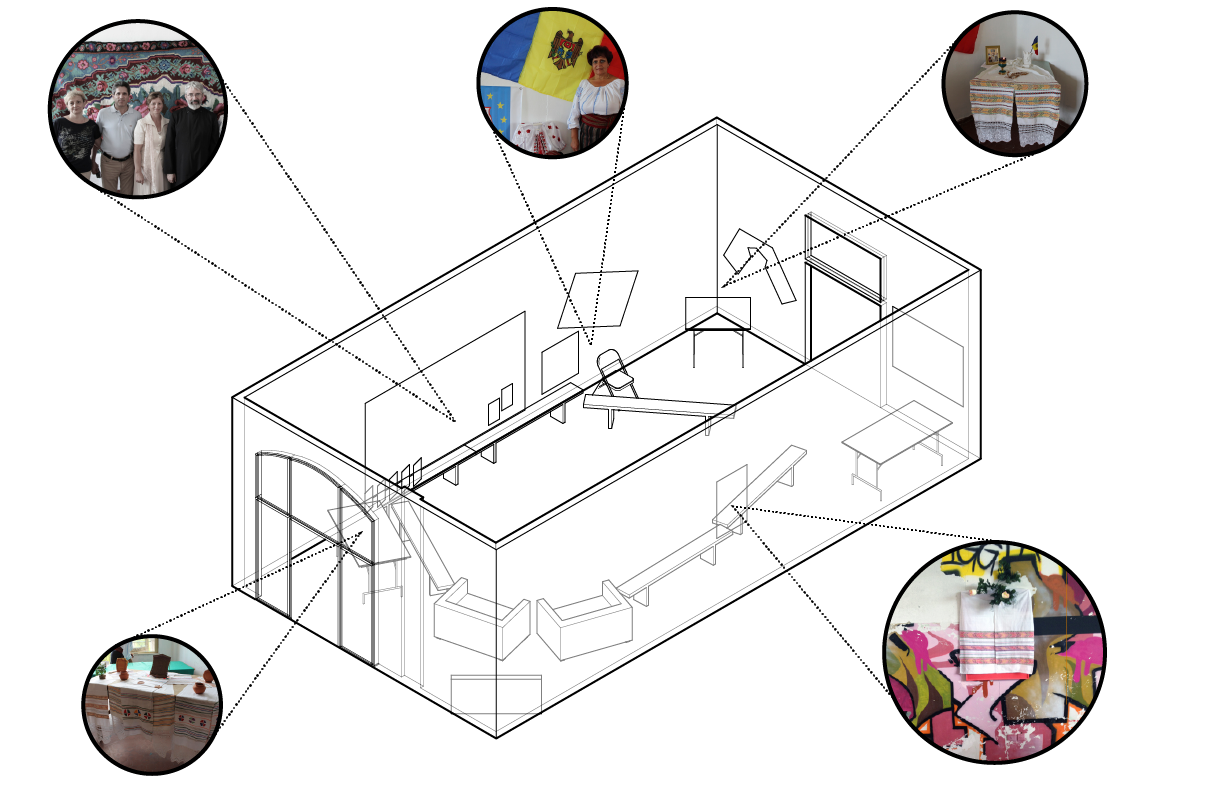 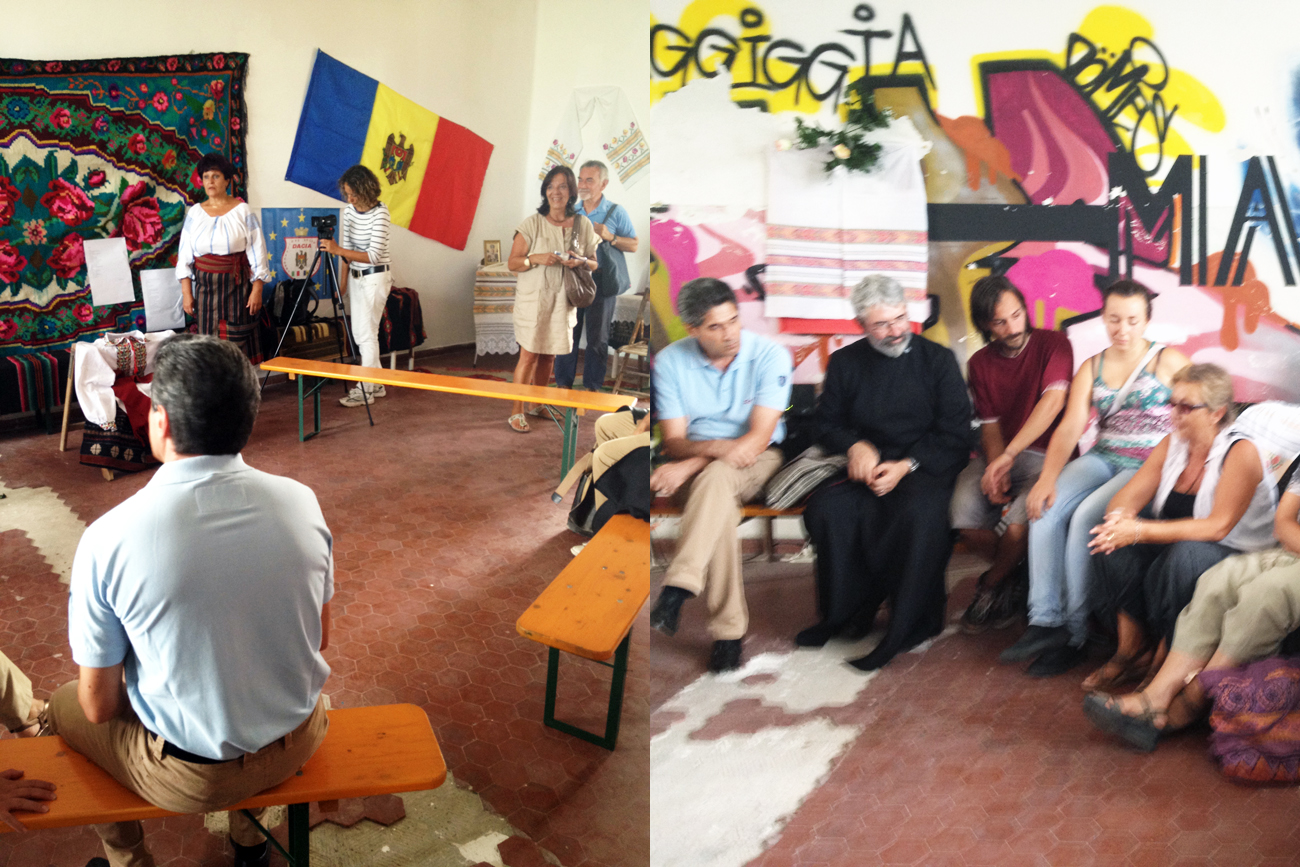 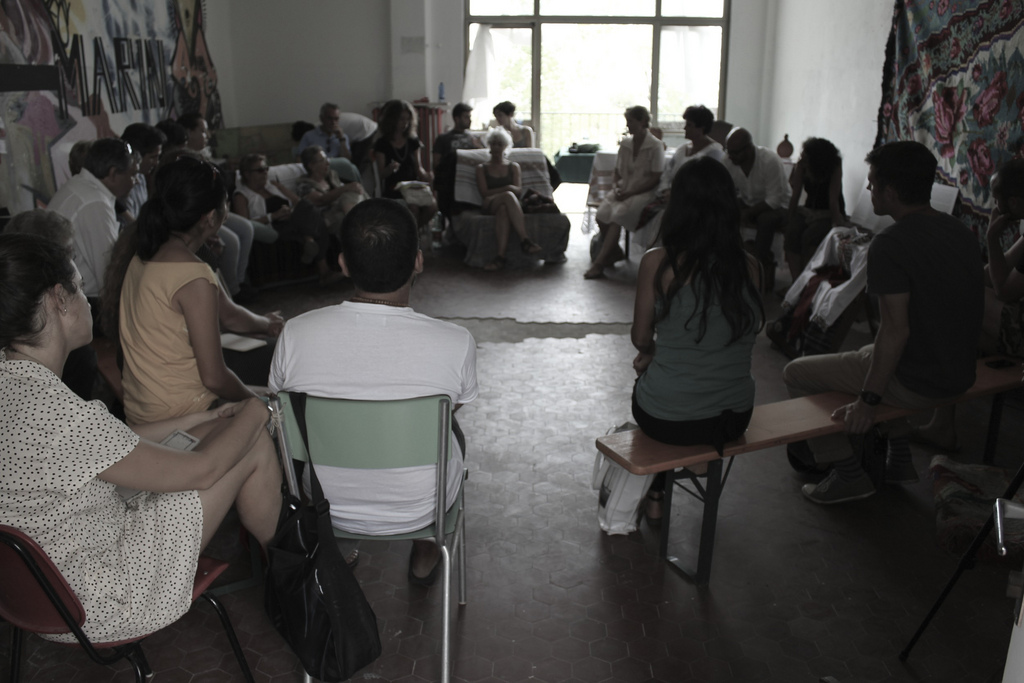 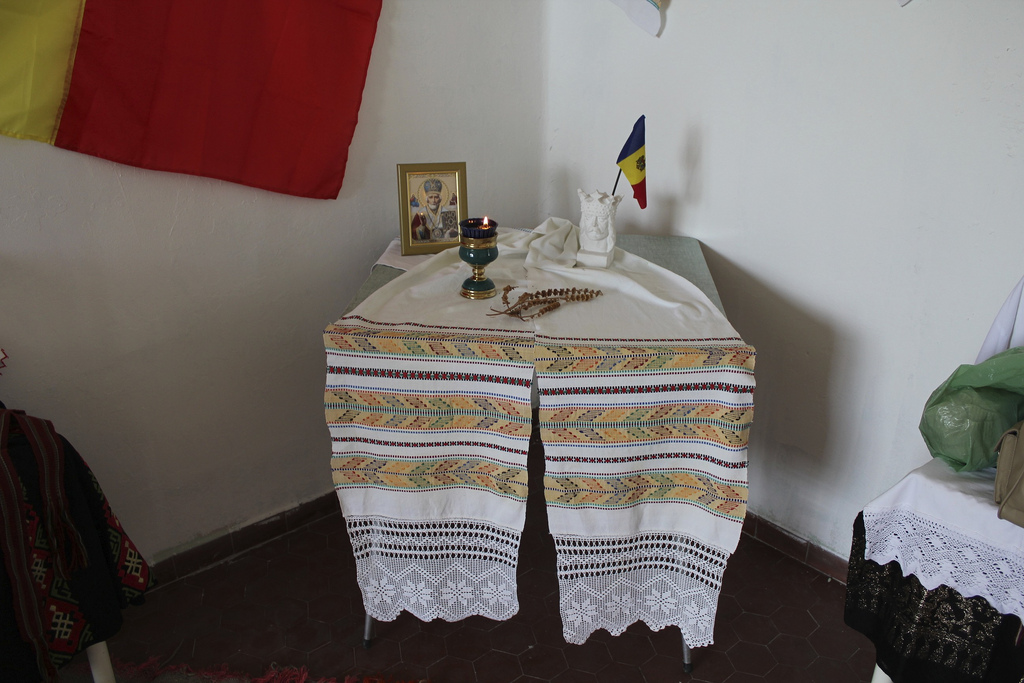 Our venetian partners, Urban Tricksters, worked with the activists at Teatro Marinoni: Bene Comune to set up a room so that the badanti community could build a Casa Mare — a moldovan community space. The group used this space to talk about the experiences of immigrants in Venice and a perceived lack of public space. 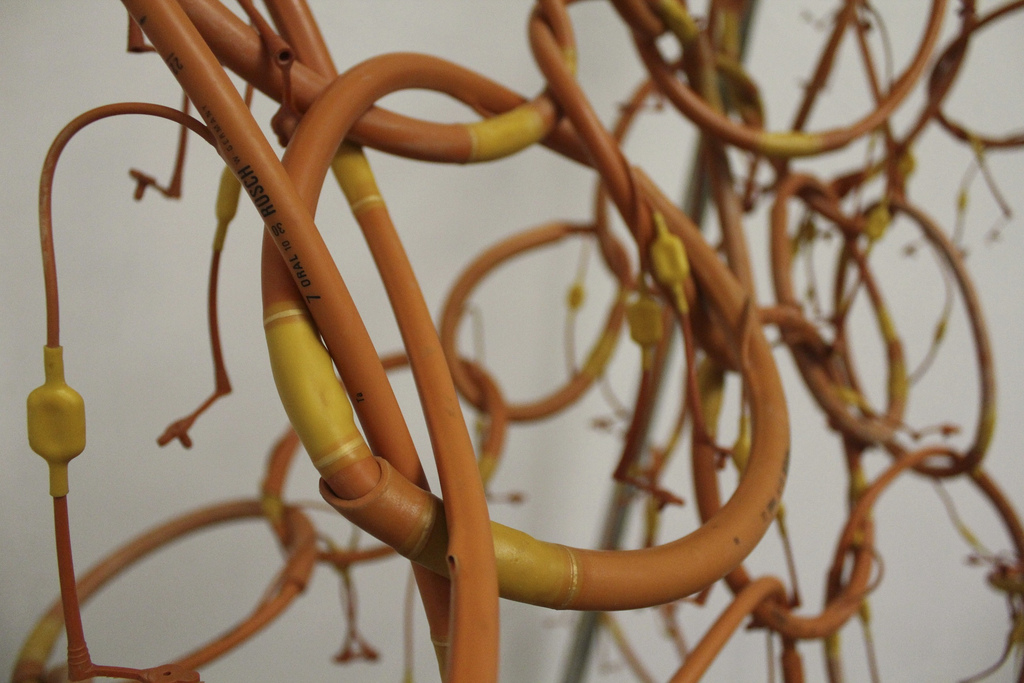 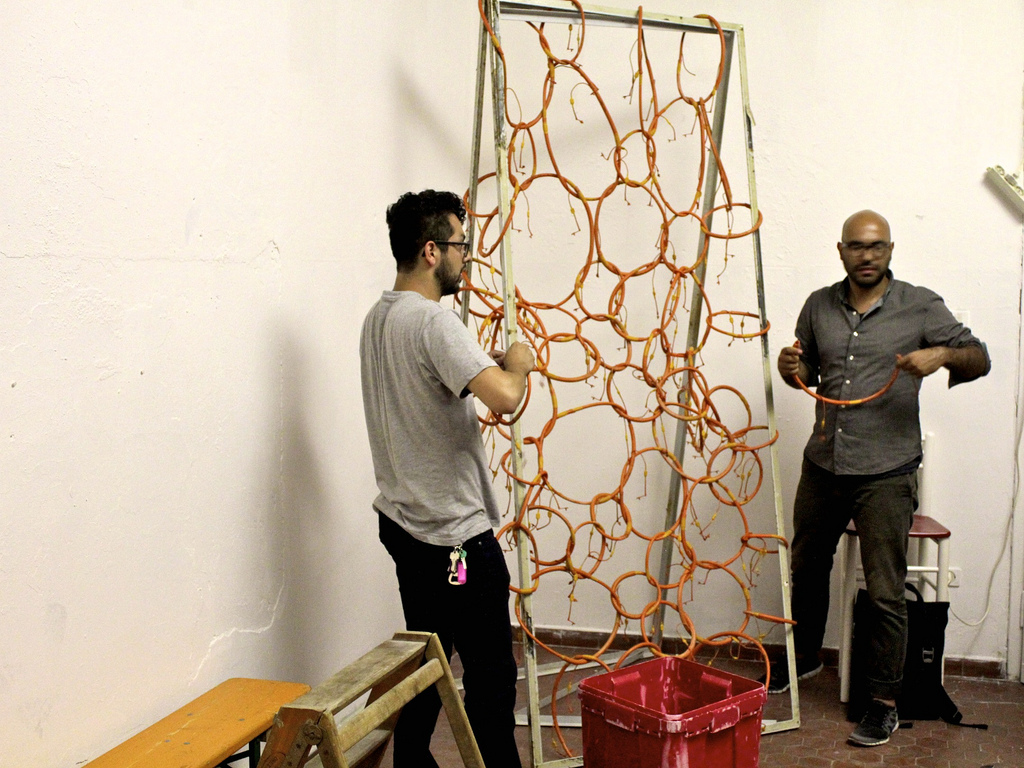 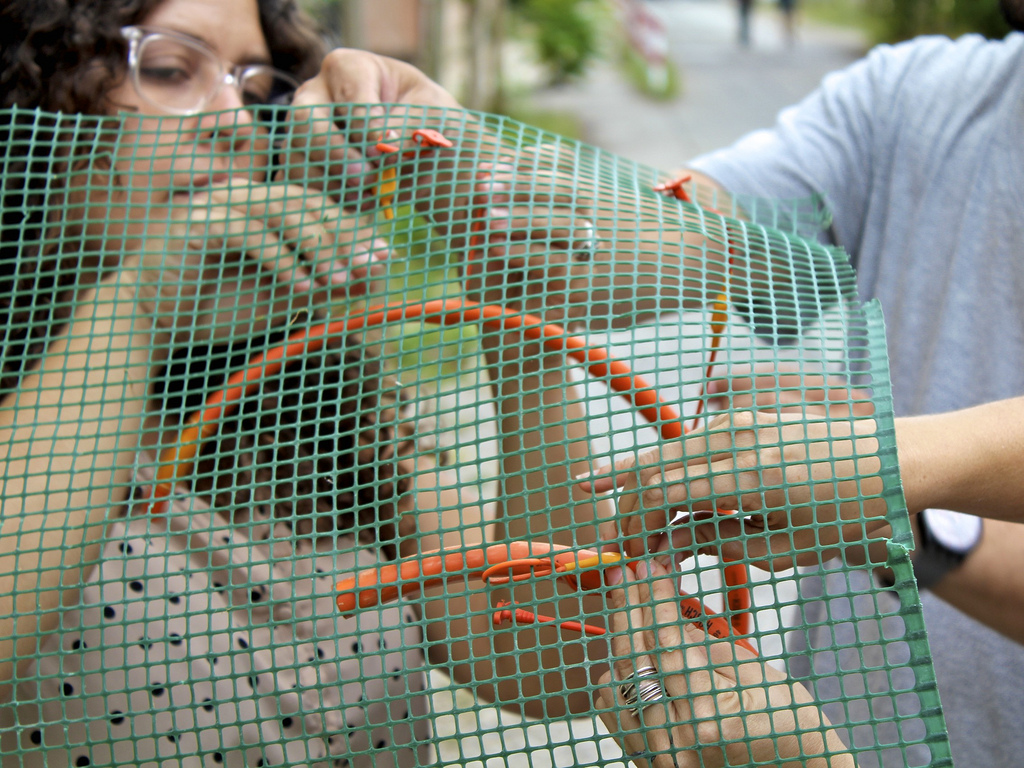 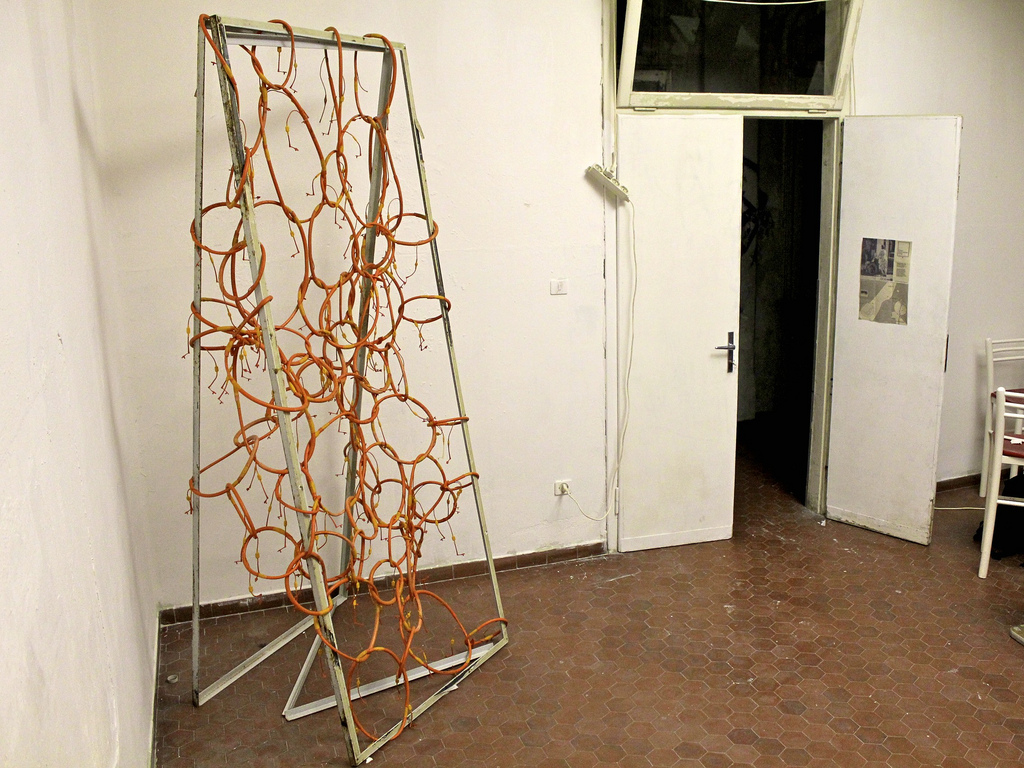 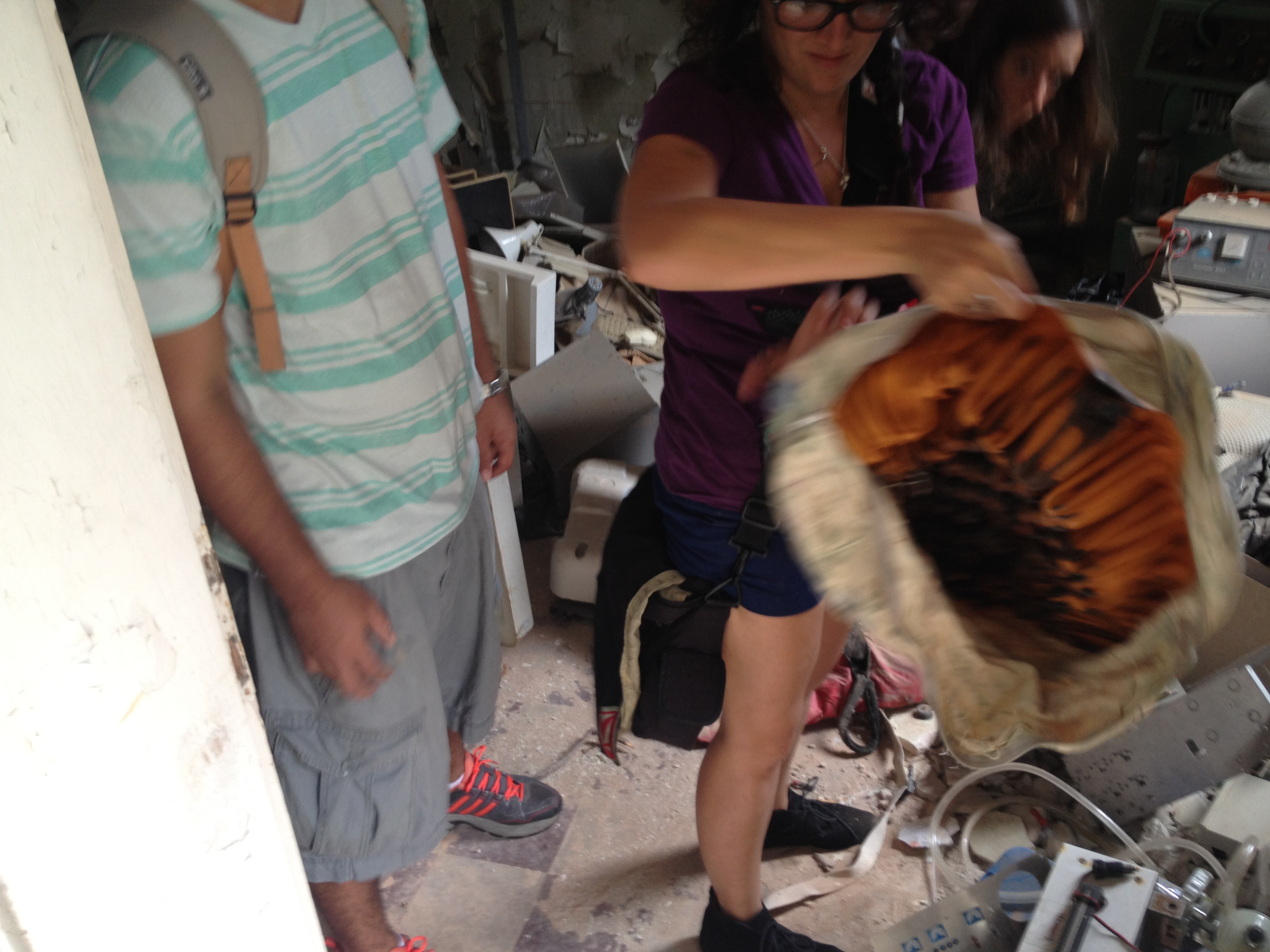 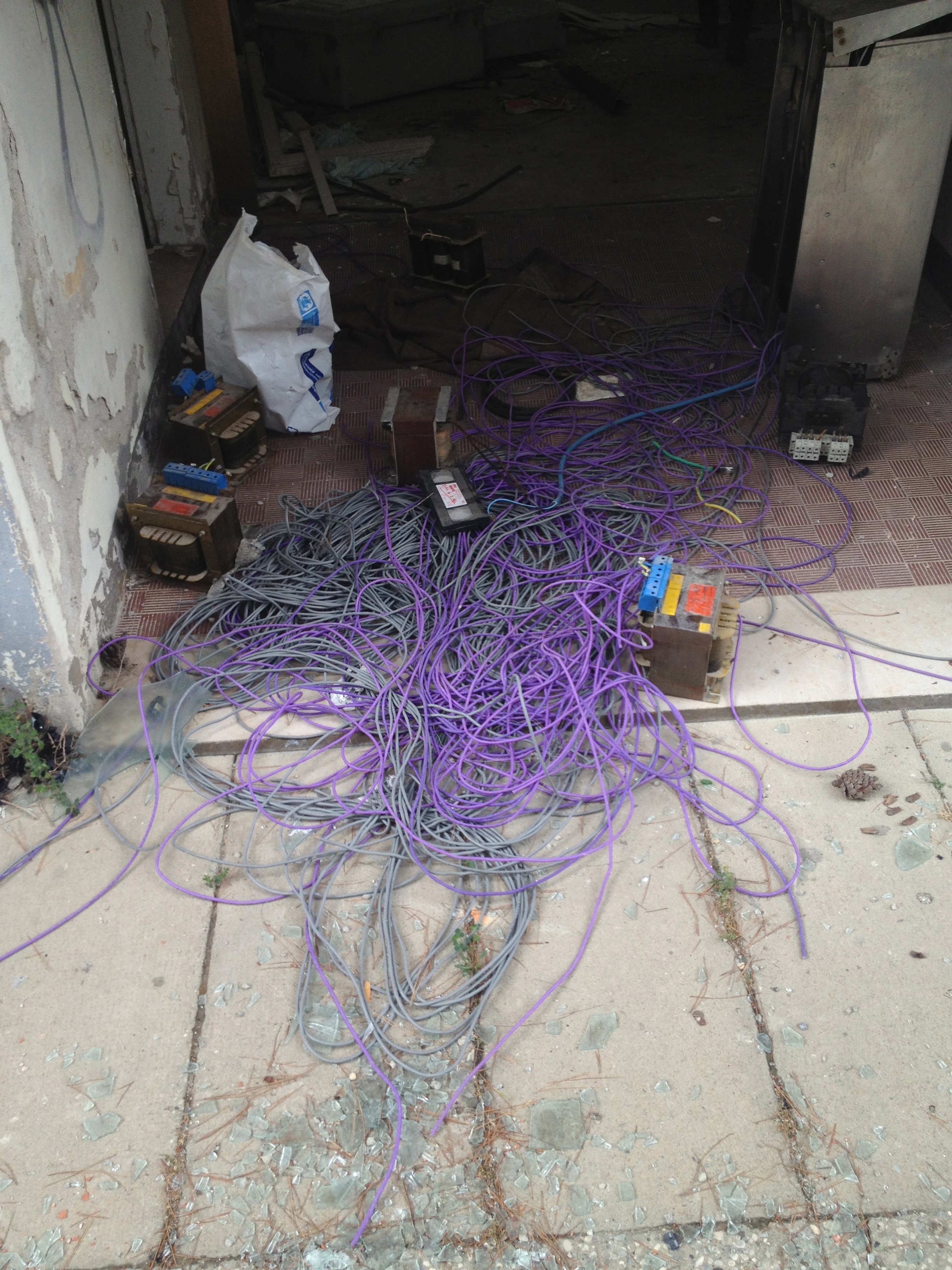 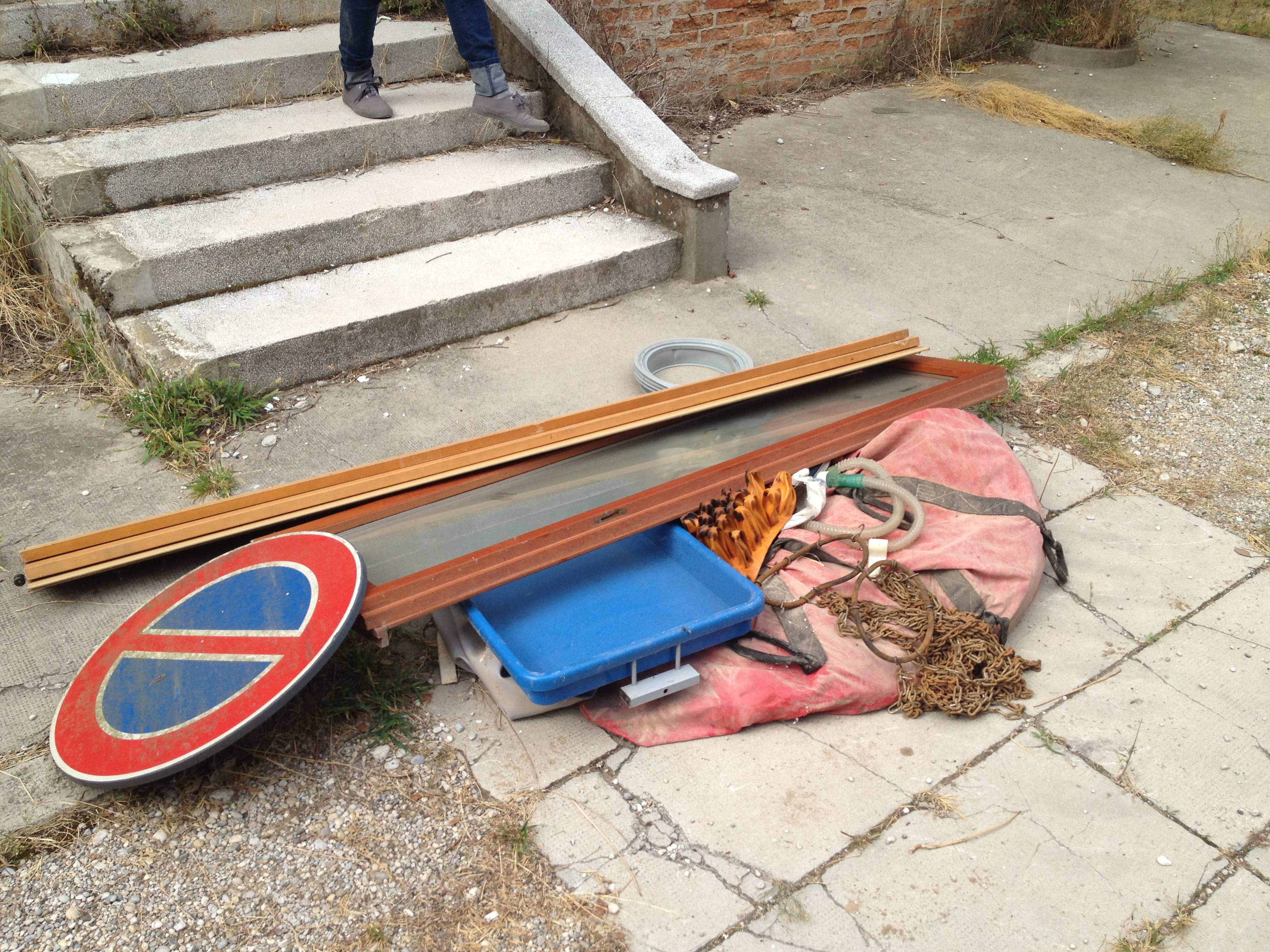 Images in this slideshow by DSGN AGNC and CA studio. CA studio reserves all rights on their images.

During the Casa Mare action the badanti group told us that one of the most important features of a Casa Mare is a hanging carpet. This carpet is made by weaving communally. We took this idea and found a material in the abandoned Ospedale al Mare that we could weave as a collective act to create a bulletin board for the Casa Mare. 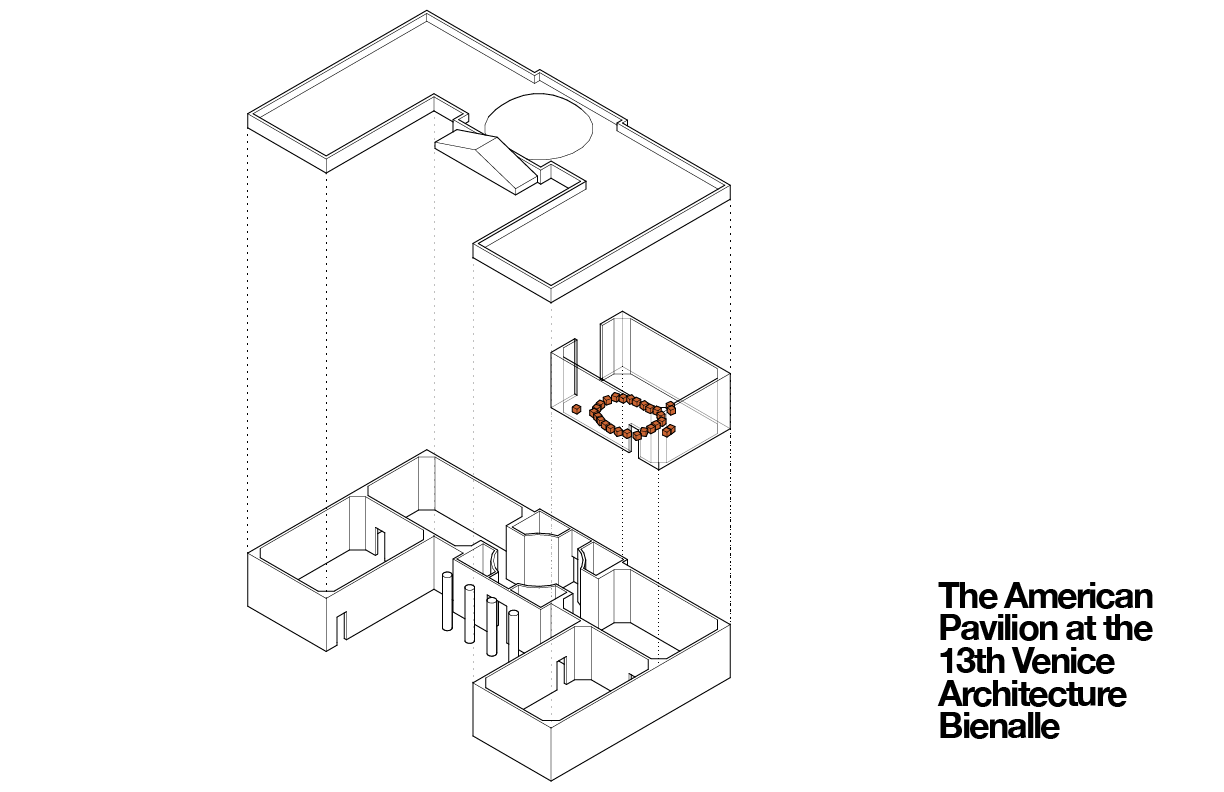 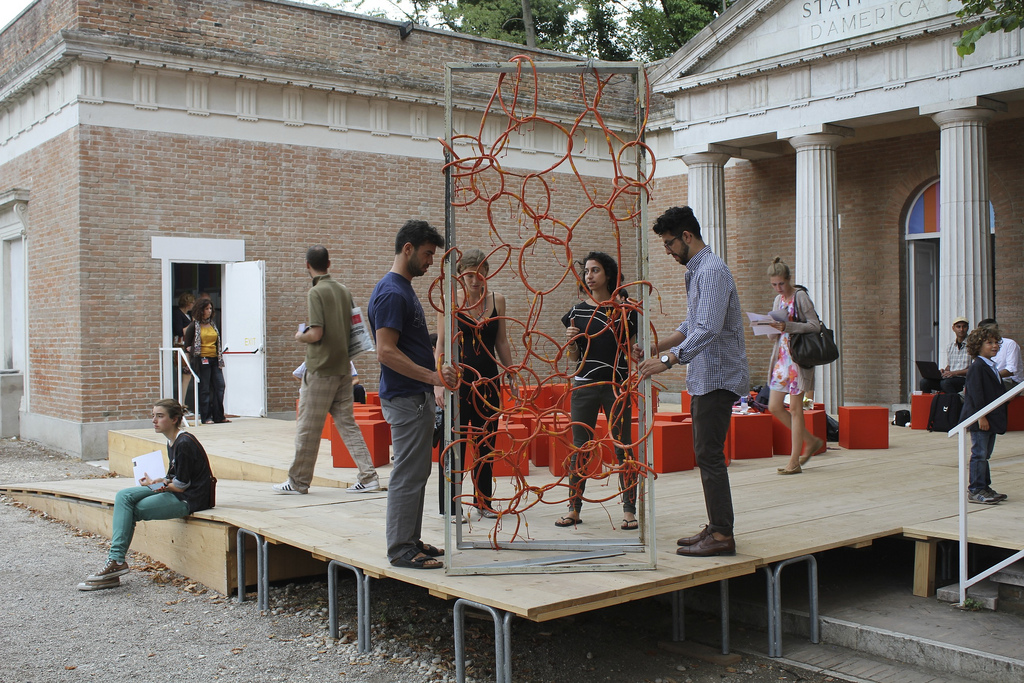 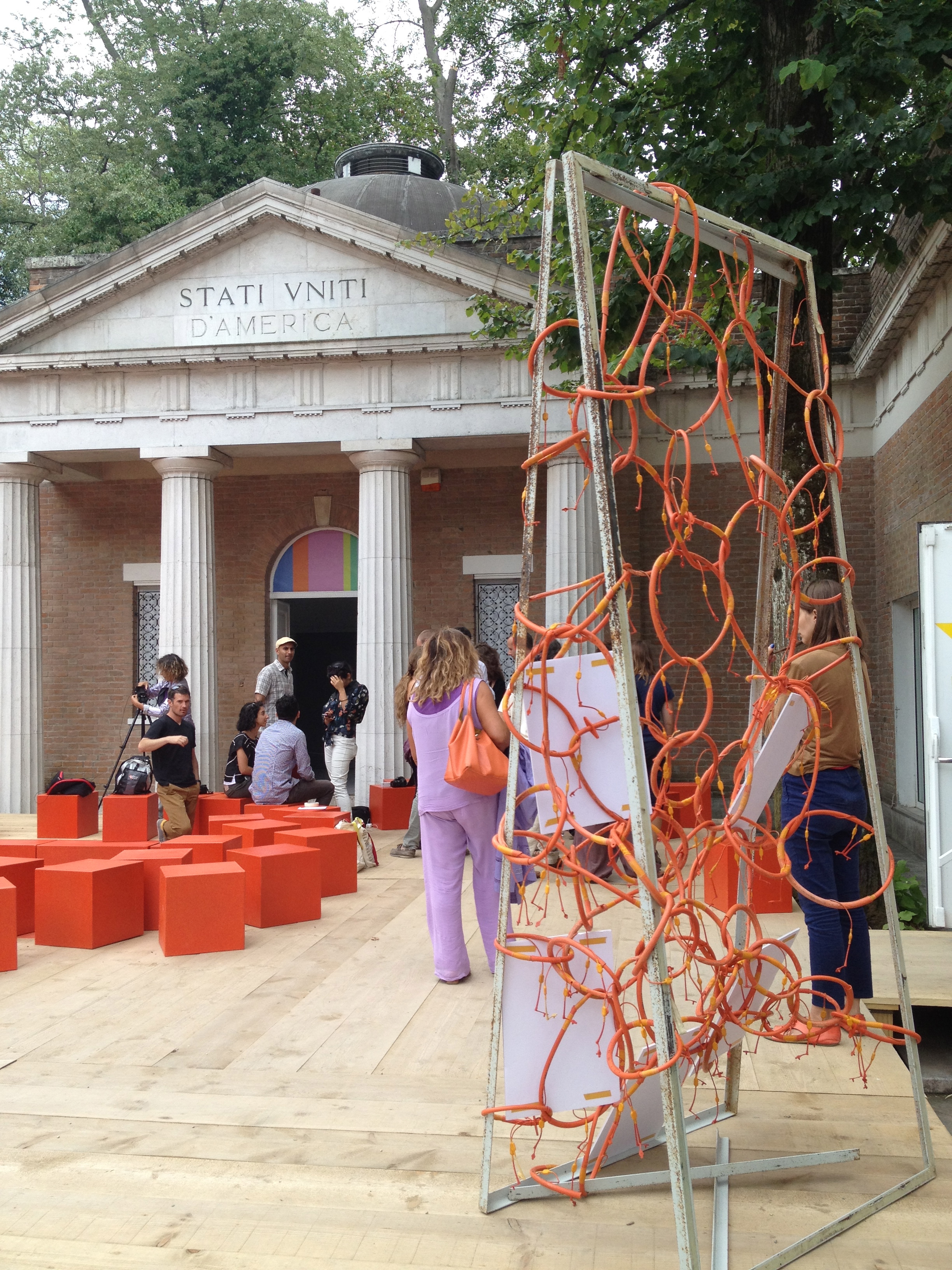 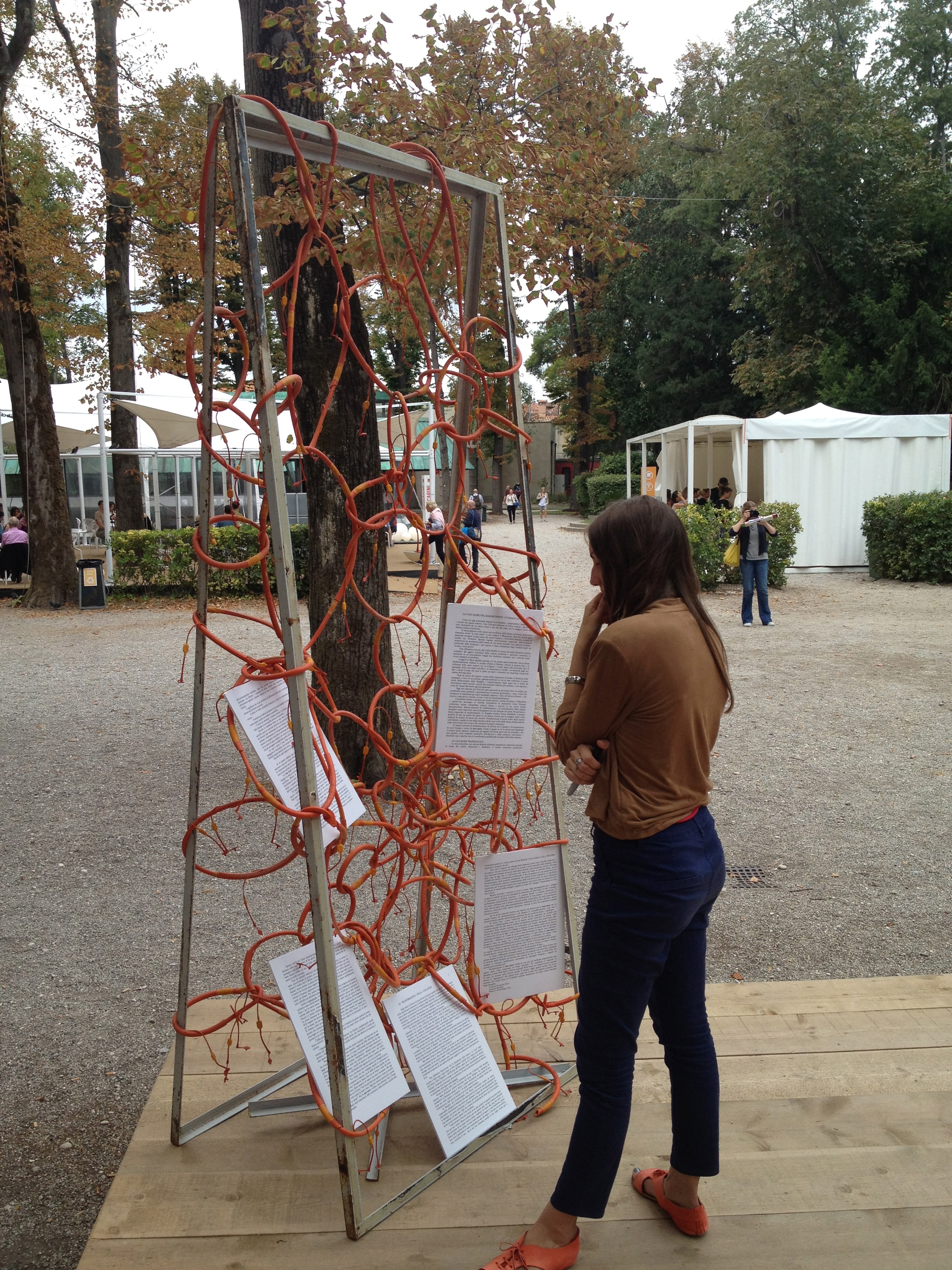 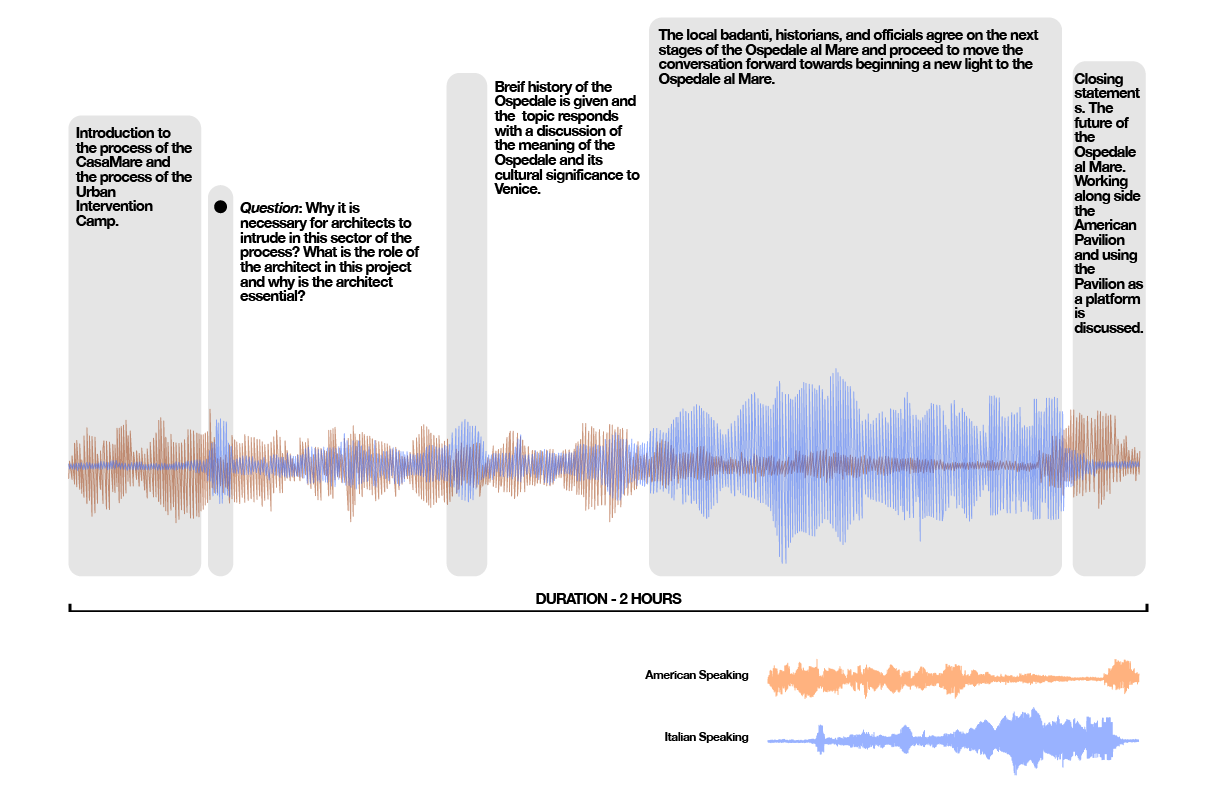 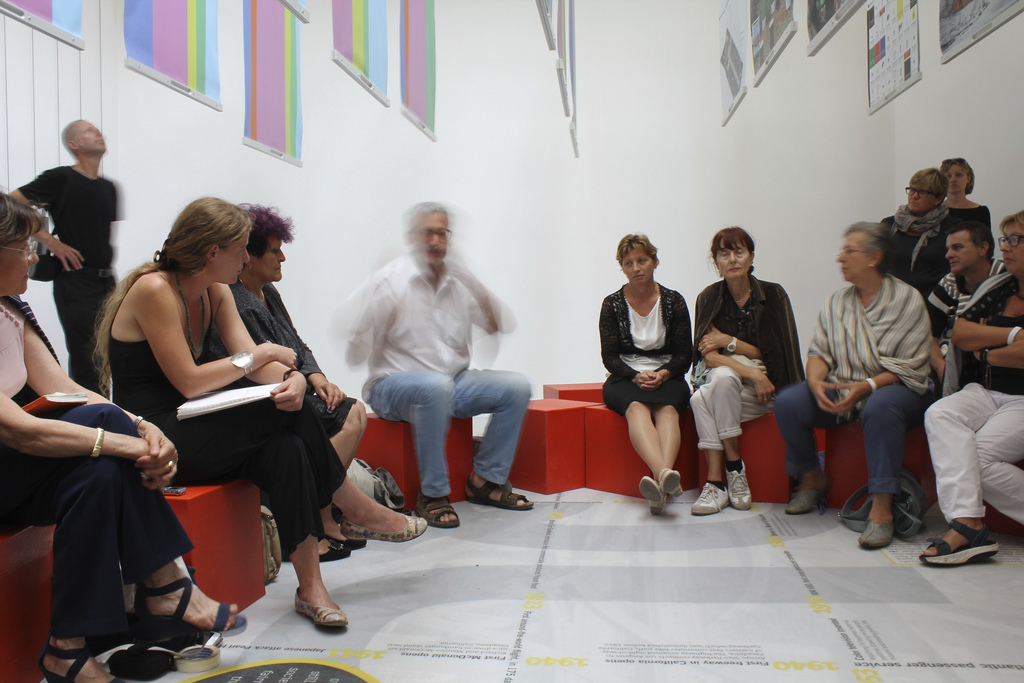 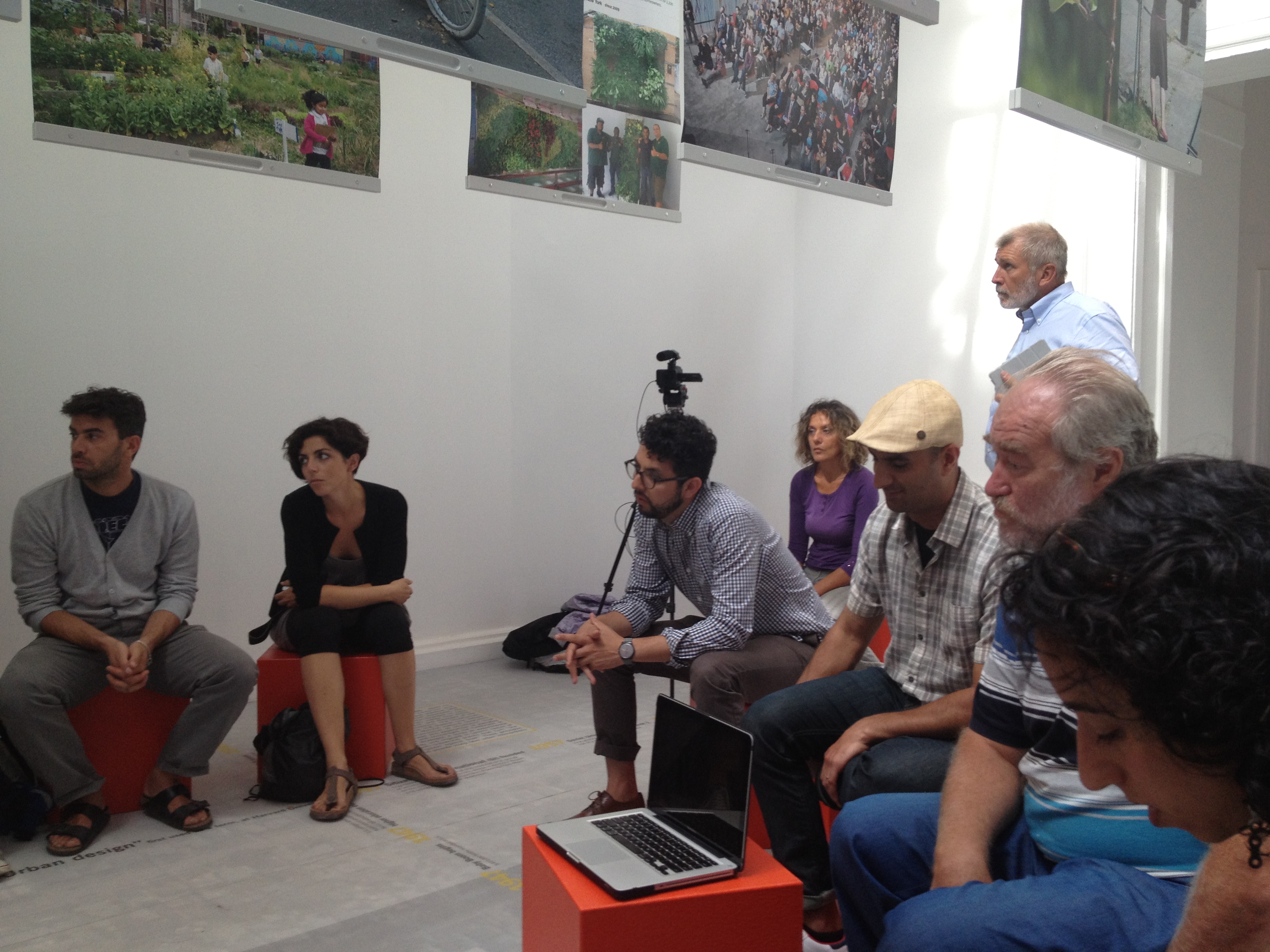 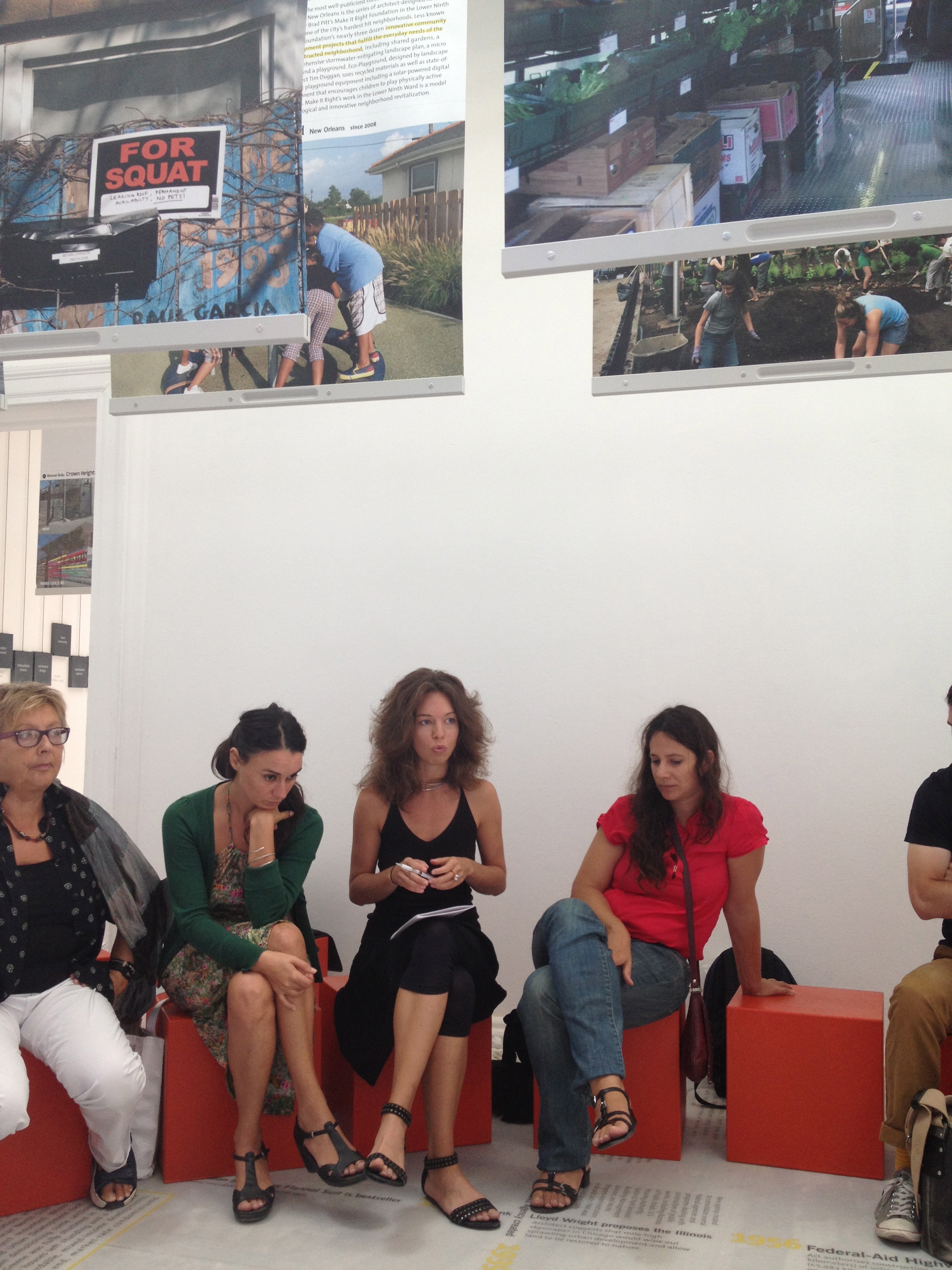 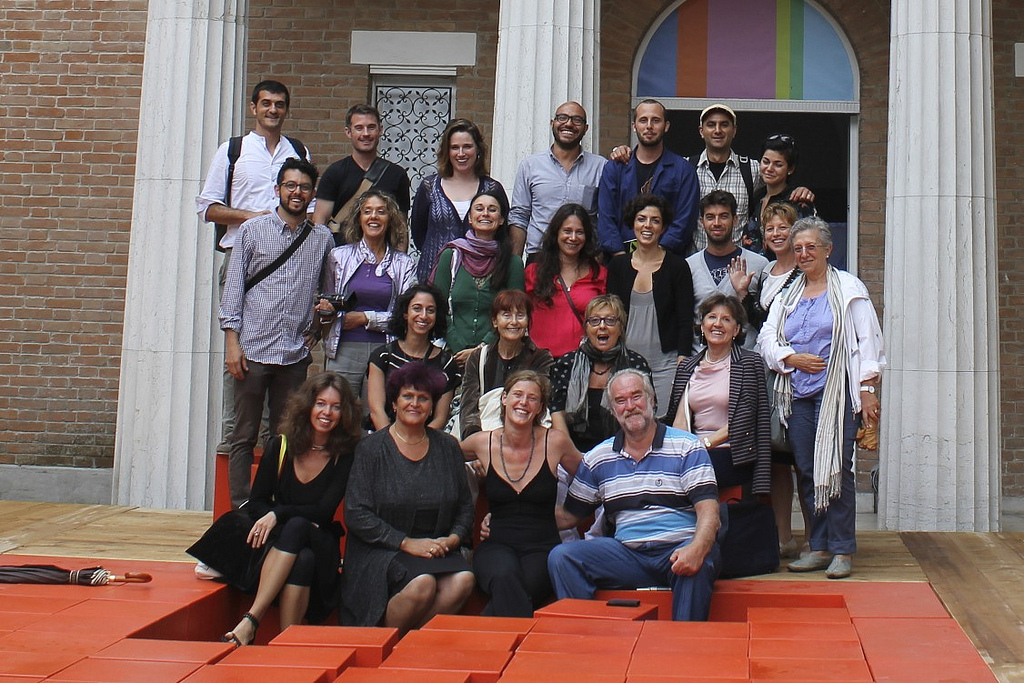 The three-days of workshops ended in the American pavilion with local partners and groups discussing and organizing future interventions in Venice and Lido. First step is setting up a co-operative comprised of local academics, politicians, activists, designers and badanti to question the selling of public space and to advocate for a new commons at Ospedale al Mare. 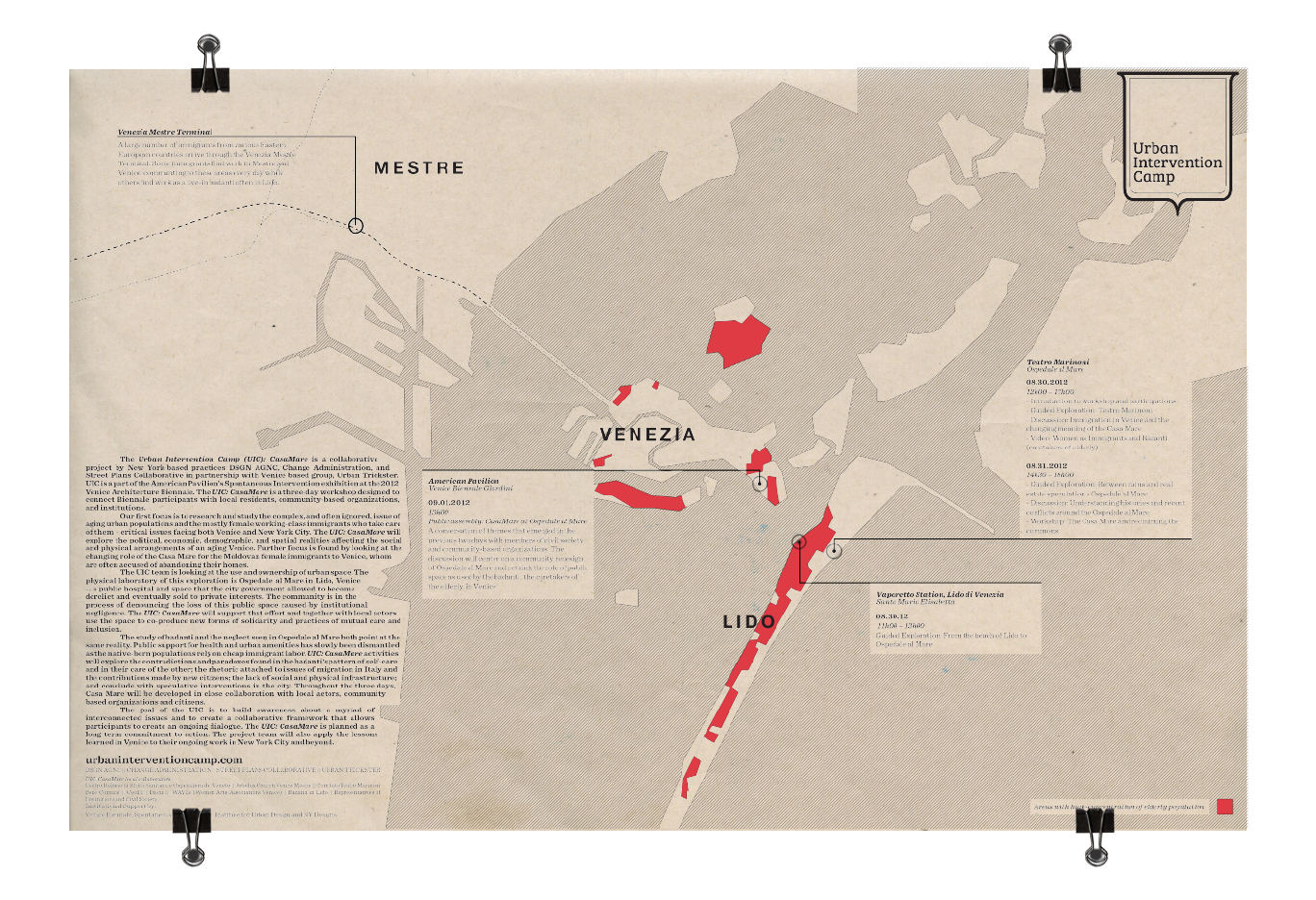 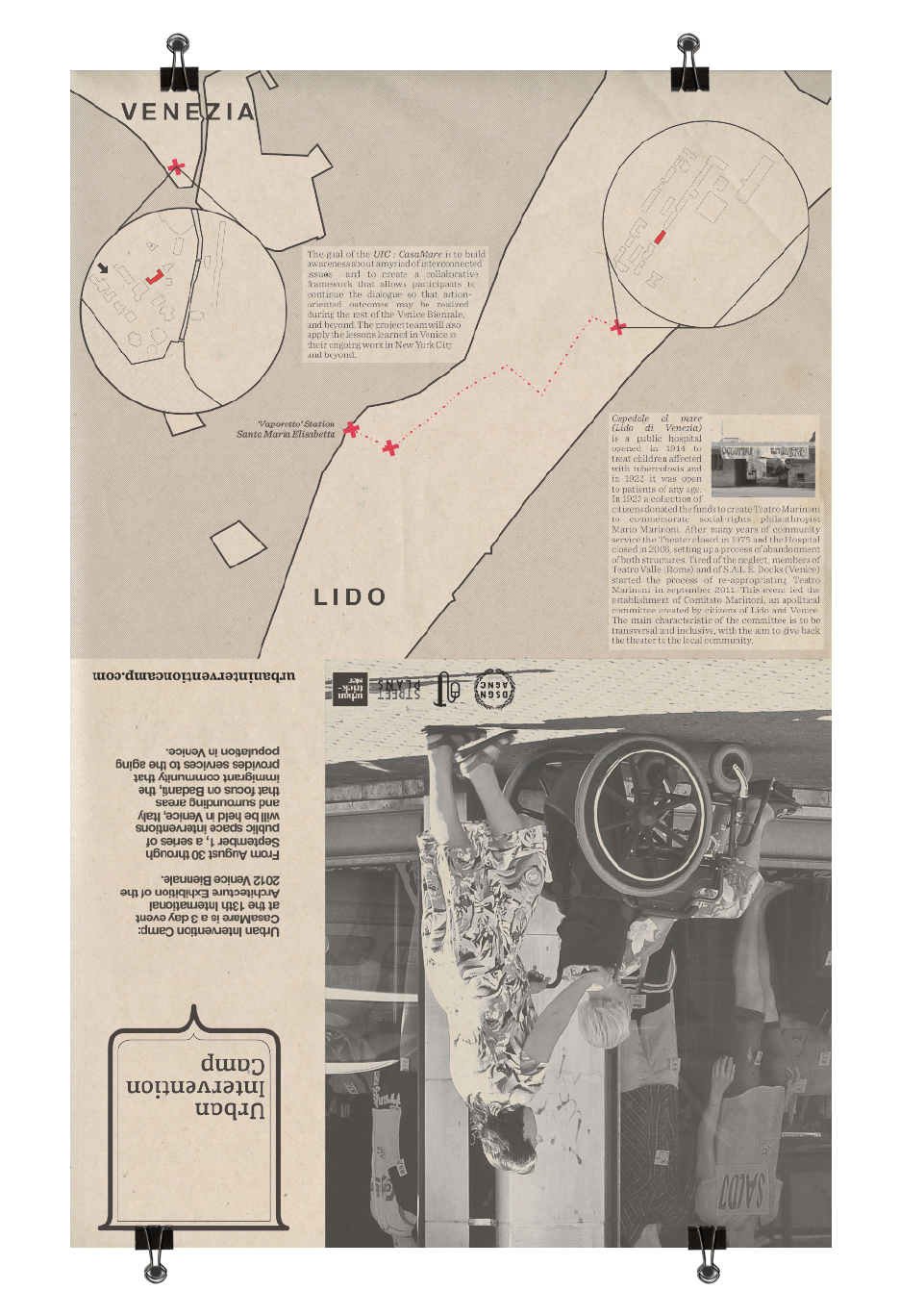 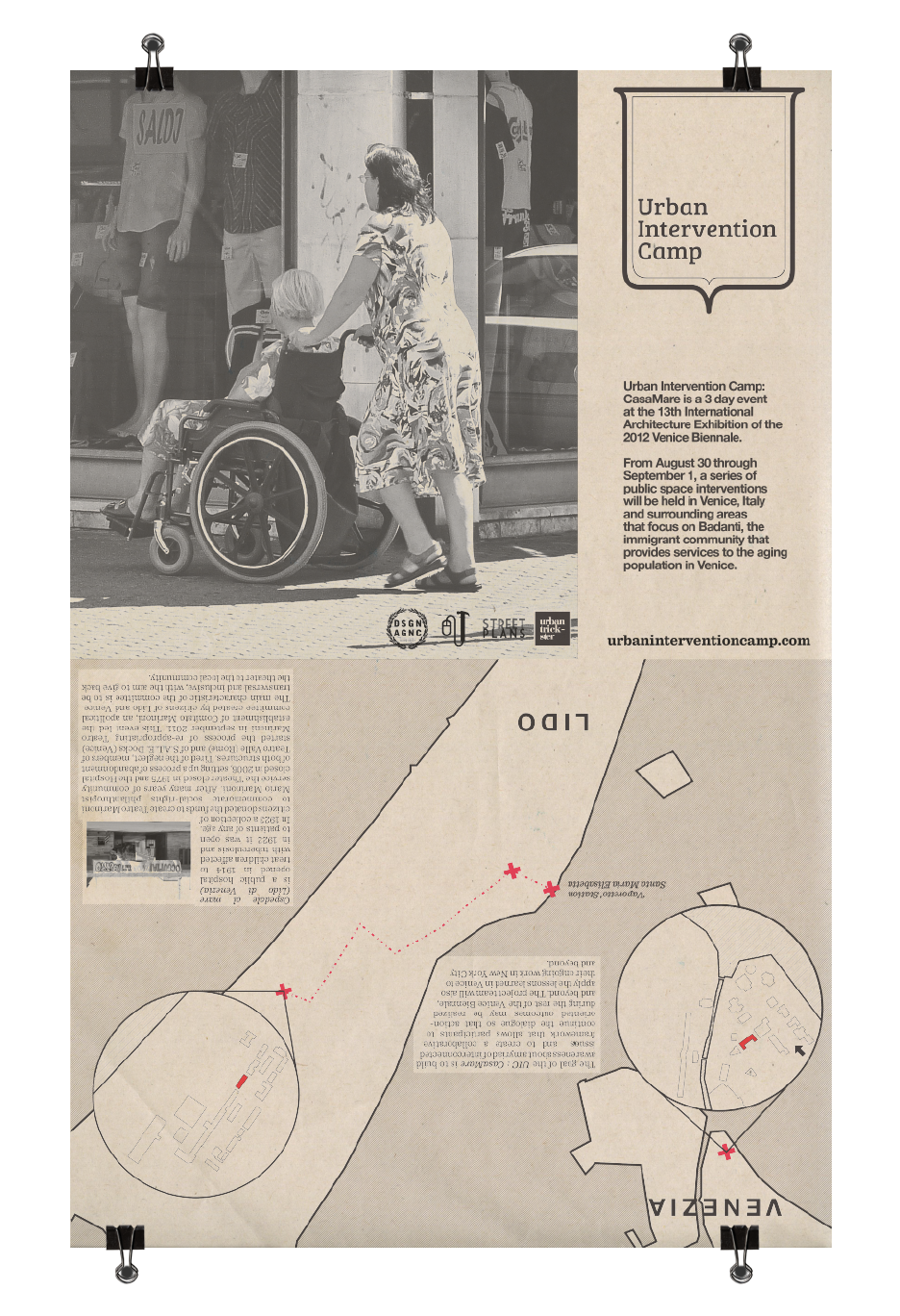